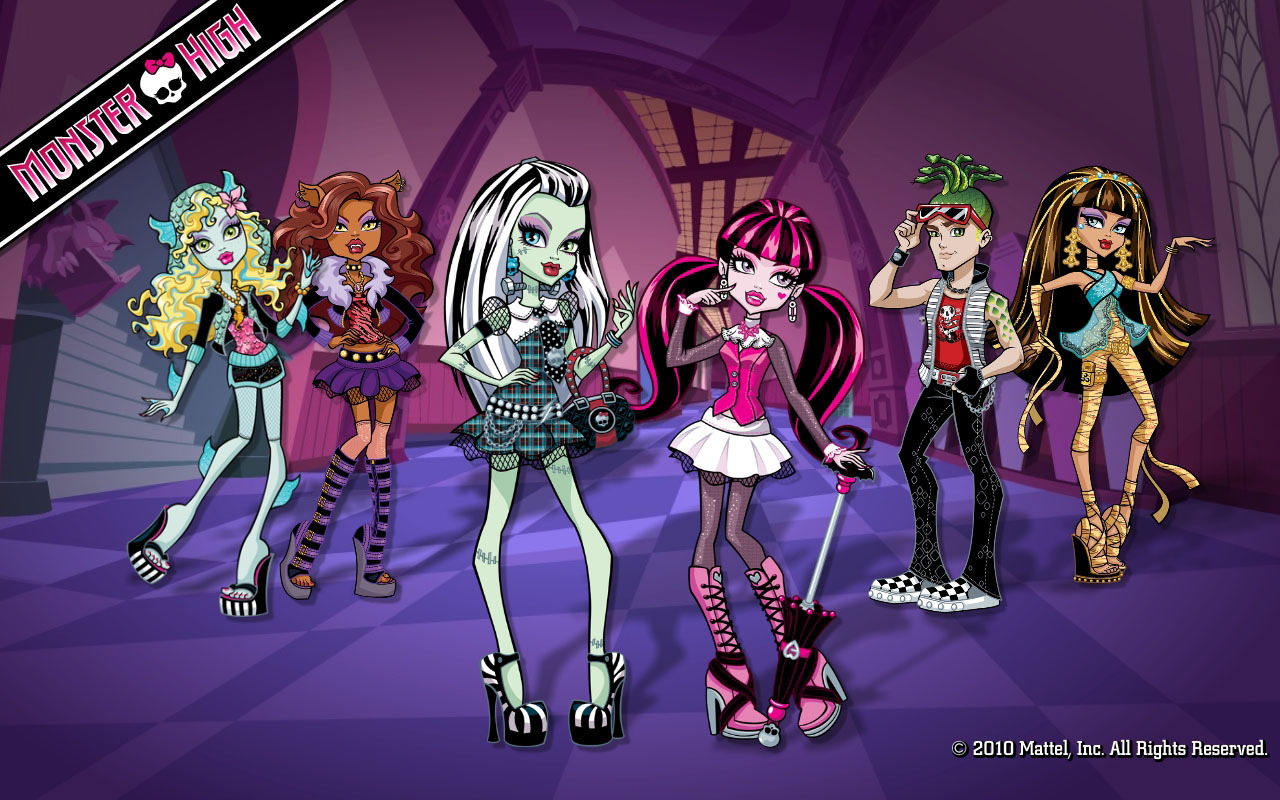 credit: WraithLette on FanPop (upload)
Originally from MonsterHigh.com, circa July 2010

I don't know about everyone else, but my personal Monster High journey began with the website. I got an ad for Monster High while I was on Nick.com playing an iCarly game (either I was playing the sushi one or had gotten tired of that one and was trying my hand at a different one) in the early summer of 2010. I'm inclined to say that it was the beginning of June because we'd just moved and I remember that I was laying on the floor of our new living room. And I remember that moment vividly. It's funny the things we remember clearly years later. I barely remember my graduation or prom, nights people hype up as saying that you'll remember them forever. I can barely remember anything about college period. And yet, 2010, when I was 11 (and 12 for like a month) still lives vividly in my mind.

I wasn't really supposed to click on outgoing links for fear of viruses. I'm not entirely sure if I made that rule up myself or if my parents actually told me not to. I mean, I was smart enough to not clink links leading to IMVU or those vibrantly colored ads that looked like character customizers/doll maker games (if you know, you know). But my curiosity got the better of me and I clicked the link. (Lucky me, since it was made by Mattel I just lied to my parents and said "yeah, I found out about these while I was playing Barbie games!")

The artwork was beautiful and all the character designs were so unique! Plus, I've always loved Halloween and the sort of diet horror that kids get to experience with it. I immediately knew that this series was going to have me hooked. I spent hours on the website, memorizing the character bios and staring at the gorgeous art. I also frantically researched any information that I could about when the dolls were going to launch and when more media related to the series would come out. I wanted to know everything about Monster High.

I followed the webisodes fairly regularly for a good amount of time, had a Frankie doll by the end of September, dragged my mom out to Books A Million the day the book was released, watched the first special live on Nickelodeon, and even wanted to go as Frankie for Halloween that year. Sadly, the costume at Party City was just a little too small. The "trouble" came when more dolls were released fairly regularly. I hadn't considered the fact that there was no way that I could feasibly keep up with the releases of the dolls and collect all of them. Heck, I couldn't even get all of the first wave of signature dolls. I was missing Clawdeen and Ghoulia. I wanted all of the diaries and postcards and boxes so I'd have physical representations of the lore, so that really got under my skin. Then I started to get behind on the webisodes and slowly I lost my passion for the series. I mean, I'd still peek in every once in a while, but I didn't keep up with it regularly. The last Monster High dolls I got were Torelei and Spectra.

But today is when I start getting caught back up with my ghoulfriends! It's silly to say, but I miss them almost like my real high school friends. Reaching out to real people is a lot harder, though, than binging every piece of Monster High media so far. So what I'm saying is...

It's time to go back to school.


NOTICE: As this deep dive is still a MAJOR work in progress, there are lots of pages and articles that still need to be completed! If you find a page that looks like this, that's a placeholder page. It's a personal organization thing. Don't worry about it. Any other error page after Ocober 1st, 2022 IS a genuine error, though (probably I put in the wrong link and haven't caught it yet).